OUR TOP 15 THINGS TO DO IN BARCELONA

Barcelona is one of those cities which just has something for everyone and it is hard not to like. The second biggest city in Spain, stretching from the Mediterranean Sea until high in the hills surrounding it, has evolved from a county dedicated to the sea and maritime activities to the core of an artistic movement of its own and a cosmopolitan city through and through. Walking along the different neighborhoods is witnessing the history of a city that is past, present and future, that displays stunning historic architecture, sided with contemporary art and boasting innovation. All while having its own tune and vibe that will certainly strike a chord with you. We are guilty of being absolute Barcelona lovers and here are our top 15 things to do to get to know and explore this fascinating city in full. 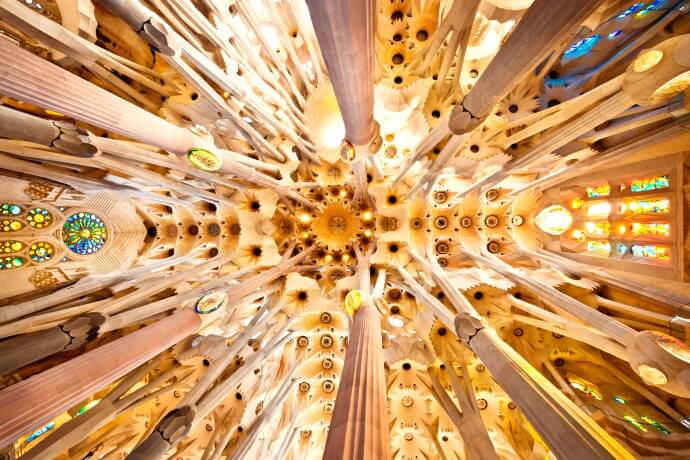 The poetic nature of la Sagrada Familia, a temple that expresses a devotion to the natural world and that was tragically left unfinished after the death of its creator, Antoni Gaudi, while it was on the works, has contributed to its fame as a symbol of the city. However, it is its artwork, technique and vision make up for a lot more. From the branches and leaves sculpted on its façade, to the way the light enters and reflects a colorful spectrum in the temple’s walls, this is indeed a standing and stunning work of art. 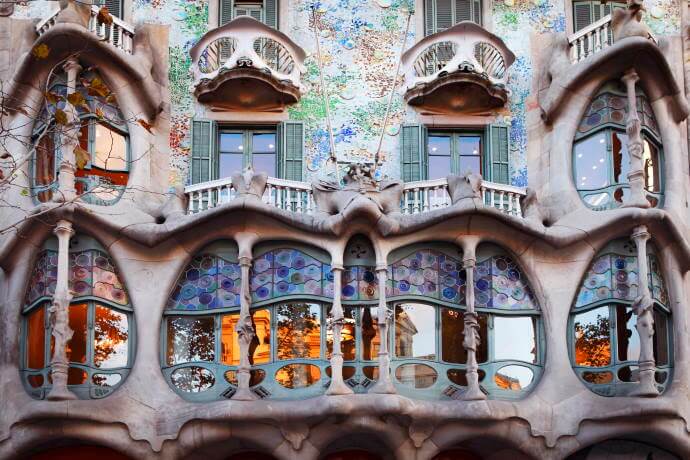 Gaudi was one of the forerunners of what went down in history as the Catalan Modernism. An expansion of the city, commissioned in the 19th century, gave the space and time to create, as wealthier families purchased their houses and asked architects to go the extra mile on its extravagant and lavish decors. The Passeig the Grácia is a display of just that, where you can visit the different houses now open to public. The casa Batlló and the Casa Milá, by Antoni Gaudi, and the Casa Amatller by Puig I Cadafalch are all different from one another and great examples of this.

From the narrow streets surrounding it, you might not be able to, at first admire the grandiosity of this UNESCO Heritage Site venue, still receiving concerts today. It is one example of the Catalan Modernist style, with its red façade and sculpted details. Inside ceramic details and flower-shaped crystals make up for a refined and unique atmosphere. You can either attend a music performance there or simply visit the Palau’s café for a beverage. 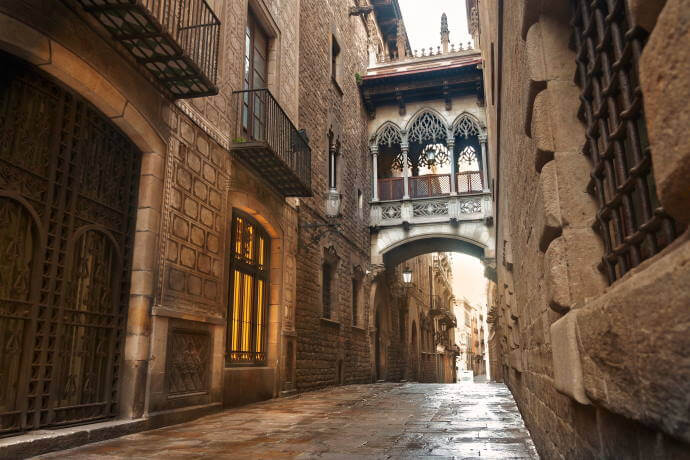 Part of the Barcelona experience is to get to know where it all begun. The former wall perimeter which has expanded until the city we know today. And it is simply marvelous to wander along the labyrinthic cobblestone streets of the Gothic quarter, discovering new unexpected corners at each turn. From the beautiful ornamented balcony at Carrer del Bisbe, to the large cathedral, there is plenty to discover in the medieval heart of Barcelona.

If you have read Ildefonso Falcones, you certainly know why these are on our top things to do in Barcelona. Dating back to the medieval ages, Santa Maria del Mar is a unique Basilica in Barcelona, located in the Ribera quarter. Built in just 55 years (fairly quickly in medieval cathedral time) it is one of the best examples of Catalan Gothic style and it has beauty in its simplicity. That and the fact that it was the people’s cathedral, built thanks to the working class in the area. Once the quarter of the shipbuilders and sea merchants, when the seafront of Barcelona was extended onto Barceloneta, the beautiful stone houses of Ribera, surrounding the Basilica, rose as a cultural area, with art displays, museums (such as the Picasso Museum) and unique shops, worth walking around and getting lost in. 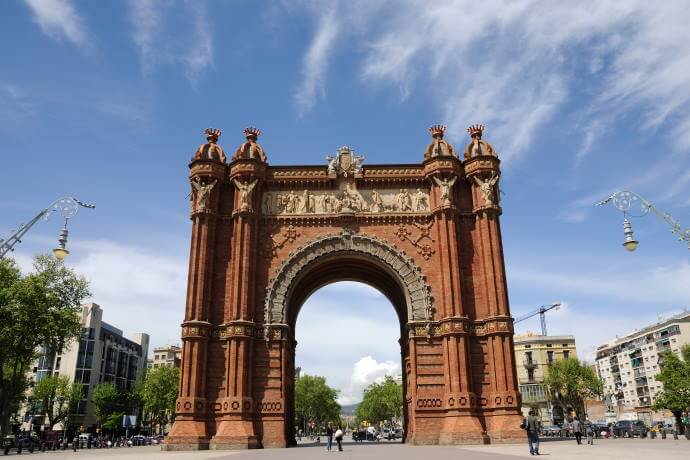 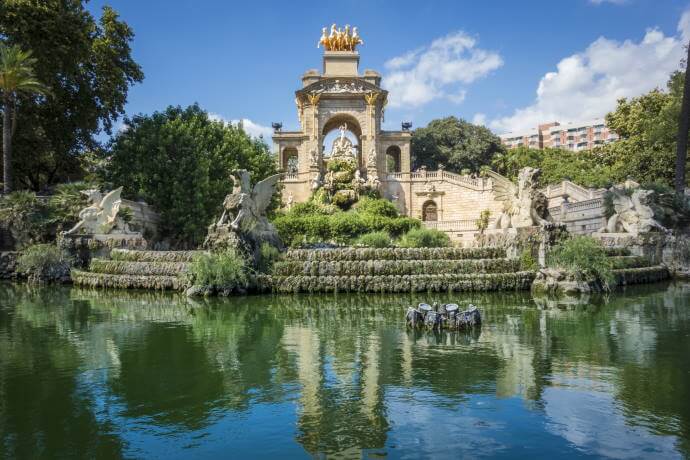 A green lung in the heart of the city, by crossing the Arc de Triomf, you will reach the Parc de la Ciutadella. The citadel that named the parc no longer exists and, instead, there is a pleasant are for a stroll, designed to welcome the city’s World Exhibition in 1888. This Park is perfect to recharge your energies and it also has a zoo, a natural history museum, a greenhouse (the Umbracle) and a winter garden (the Hivernacle). The lake and the ornamented waterfall are one of the park's loveliest areas.

Coming all the way from Penedés wine region, Cava is a sparkling wine with Protected Designation of Origin and that it is made only in Catalonia region. It can be either blanco (white) or rosato (rose) and in Barcelona is the star of the Xampanyería bars, where it is traditionally served by the glass or bottle with small tapas of cheese and cured meats at the end of the day and before dinner. 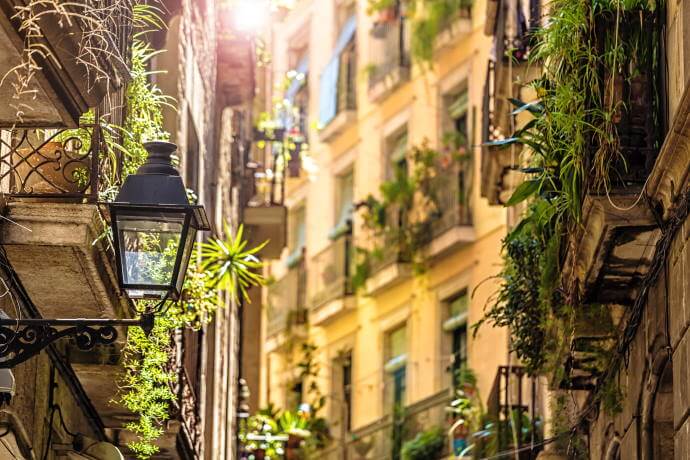 A true display of scents and colors, the Mercat de Sant Josep, also known as Mercat de la Boqueria is one of the most ancient and traditional markets in Barcelona still standing as of today. With 300 stalls of fresh produced delivered into the city, here you can taste the local flavours and buy some treat to take home with you. Located on the Rambla, the most famous street in Barcelona for its flowers, kiosks, bars restaurants, should the temperatures rise, grab a fresh fruit juice from the market before making your way along this street.

These old underground military bunkers, on the top of Turó de Rovira, are actually one of the best viewpoints over the city of Barcelona and all its attractions, as well as a wonderful place to watch the sunset. Built during the Spanish civil war, the bunkers were part of an anti-craft battery and are now an instalment part of the Barcelona History Museum (MUHBA), which has several spaces within the city. 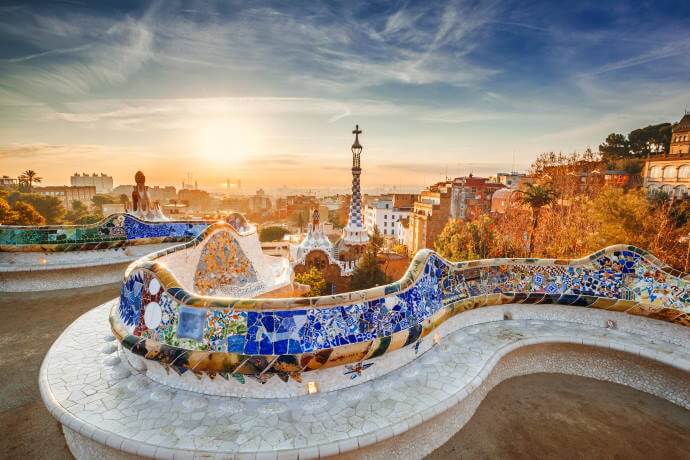 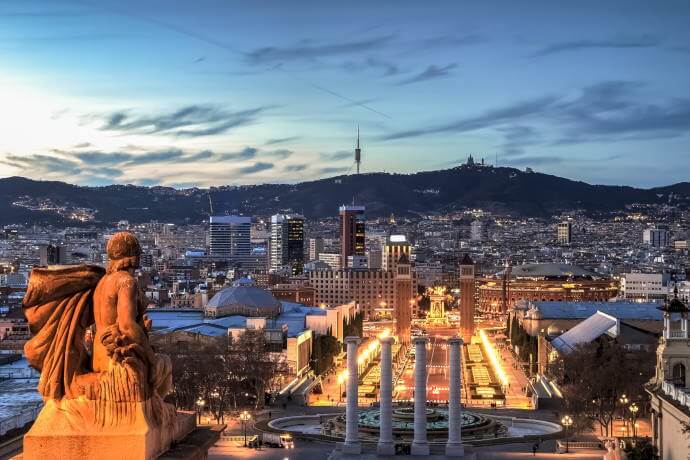 This elegant neighborhood was integrated into the city of Barcelona in the 19th century and it definitely seems to have its own life. Staying usually outside the tourism radar, it is the perfect place to change the scenario and go off the beaten path. The neighborhood is an authentic artistic hub with alternative shops, boutiques, cafés and bars around its core at Plaça del Sol, but it is also very traditional, so you can actually meet and talk to some of the locals while you are there. 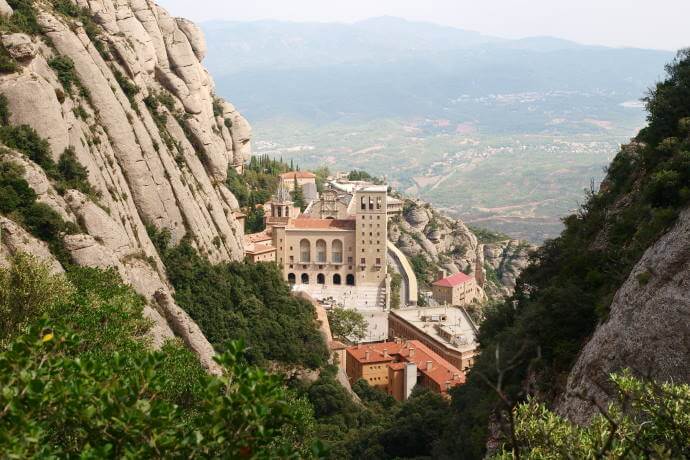 OUT AND ABOUT: SUGGESTIONS TO GO OUTSIDE IN PORTUGAL

SPAIN FROM TIP TO TOE